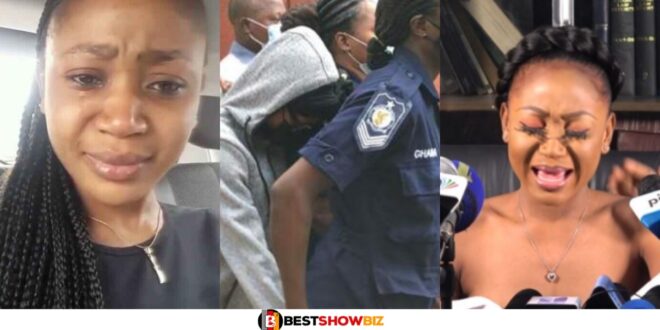 Akuapem Poloo, a Ghanaian video vixen who was recently freed from prison, discussed her two weeks in prison experience for the first time during an interview with Captain Smart on ONUA TV.

According to Akuapem Poloo, she was fed banku with groundnut soup that did not include fish or meat, but rather insects.

During the interview, she stated that she did not want to eat the “crap food,” but was forced to do so by prison guards because there was no other food available.

The mother of a child who has suffered greatly as a result of the country’s nudity rules stated that she was compelled to remove all of her clothes.

Read Also  "Men should only pay the full bride price for a lady who is a v!rgin" – Reno Omokri

In addition, she was requested to kneel and press her vaginal muscles so that the officer on duty could verify she did not have any illicit substances or weapons on her the first day she entered the prison yard.