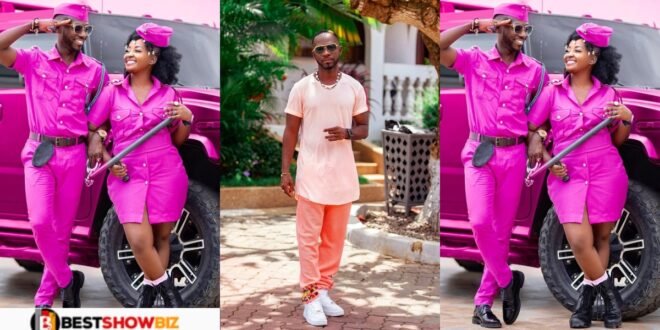 Okyeame Kwame, the evergreen rapper, has claimed that he was born with dyslexia and dyscalculia, two types of mental disorders.

Dyslexia is a catch-all name for illnesses that cause difficulties learning to read or decipher words, letters, and other symbols but have no effect on overall intelligence.

Dyscalculia, on the other hand, is a term that refers to a wide range of arithmetic challenges, including difficulties understanding the meaning of numbers and applying mathematical principles to solve issues.

Okyeme Kwame told The Chronicle that he has trouble identifying speech sounds and performing arithmetic computations.

“I was born dyslexic, so I couldn’t say my ABCs or 123s even when I was 10 years old.” My father was disturbed because he is highly smart, but his son is not. They were unable to diagnose dyslexia and dyscalculia, so they grew really concerned that I would grow up and become nothing,” the multi-award-winning rapper explained.

“I used to feel like trash because my mother would take me to her friend, my class 2 teacher, who would smack me on the head every morning and tell me I was stupid.” Because my mother is a teacher, she would question why a teacher’s son is so dim.

“When I came home and couldn’t finish my homework, my mother would call my uncle to come home and beat me, and the more I cried, ” Okyeame Kwame added.

“As a result, I grew up lacking confidence.” I had all 9s except Akan when I finished my O levels in 1992. In Kumasi, there was a rapper named Lord Marcus. I approached him and requested that he teach me how to rap. Then he remarked, “I’d like to see your O level scores,” and when he saw them, he added, “I’m blockheaded, you can’t rap.”

“But then I begged him, and he replied, ‘You know what, I’m going to teach you how to rap, but rap is an educated game.'” “He said he’d give me a book and then teach me one literary device and ask me to read the book in four days and underline all the metaphors, alliteration, personification, and so on,” the rapper recalled.