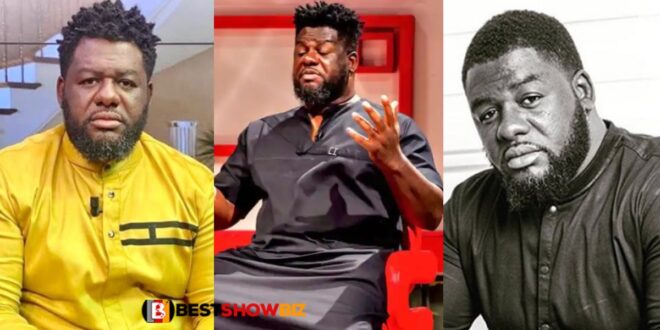 I was blind in JHS2 for two months: Bulldog shares emotional story in new video

Bulldog, whose real name is Lawrence Nana Asiamah Hanson, has disclosed that he had a vision problem in junior high school while he was in form two (JHS).

Bulldog said in an interview with Delay on The Delay Show as we monitored, that he became blind for two months in JHS and only regained his sight after a spiritual encounter at a church.

This is the first time the artist’s manager has revealed an emotional issue in his past.

In the same interview as we reported earlier, the Bulldog disclosed that he would give his daughter a full scholarship if she decides to be a prostitute.

Read Also  "It is in the character of women to be greedy, they can make two brothers kill themselves"- Pete Edochie

below is the video of his interview;