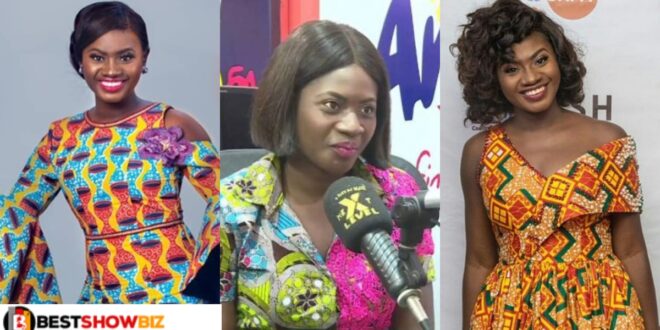 Though she was a beginner at acting, she claimed that the producer’s actions were so upsetting to her as a young artist that she sobbed.

Speaking with Quophi Okyeame on Angel FM’s drive-time show, Martha Ankoma stated that she had previously practiced the lines and understood the screenplay, only for the producer to reject her the job and give it to his newly arrived niece from Nigeria.

When she recounted the event to Quophi Okyeame, she stated that despite losing such a lucrative chance, she outshone the lady with her great performance on set.

Martha Ankomah, on the other hand, indicated that she has no issues with the lady, stating that God works in strange ways and He has brought her this far.