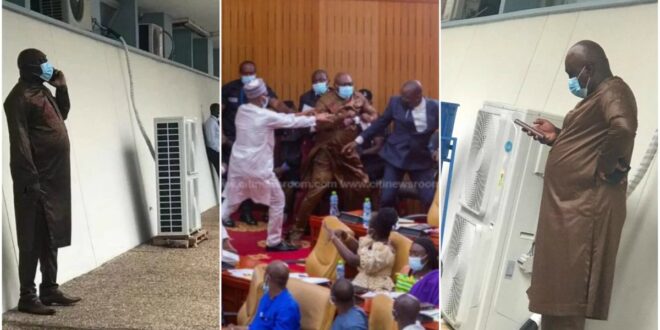 The disgraceful incident that happened in parliament involving MP for Tema west, Carlos Ahenkroah snatching ballot papers meant to be counted to elect the speaker of parliament was stopped by Muntaka Mohammed, MP for Asawase in the Ashanti Region.

Speaking in an interview with Kumasi based Abusua FM, Muntaka revealed there was no way Carlos was going to run with the ballot papers when he was in the same room.

He revealed that the reason why he was able to outrun Carlos and stop him was that he was 100 meters sprinter back in his days at SHS.

“Kojo, I was a sprinter when I was at TAMASCO that’s why I could easily stop Carlos Ahenkorah from running away with the ballot papers he stole and chewed some. If you go to the school, they will tell you about my exploit, he said.

Read Also  Fantana in a hot soup! - social media users lashes her over ‘ i Can’t Cook But Can Drive A Man Crazy’ Statement she made - check out
Share