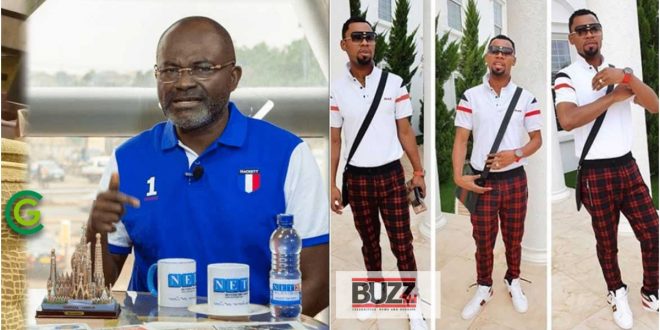 “I Want Us To Meet In Persons” – Rev. Obofour Tells Kennedy Agyapong (Video)

Rev. Obofour who as we reported few hours ago sent some strong warning to a rich man in the country wich many people directed it to Ho. Kennedy Agyapong has finally taken a u-turn.

just as we reported earlier Rev. Obofour claimed he does not fear anyone in Ghana and it seems he fear Kennedy Agyapong will come for him as he has been doing to other pastors, Obofour has taken a big u-turn.

Reverend Obofour from a video we sighted, claimed he and Kennedy met at a funeral but they didn’t get the chance to greet each other and talk.

Obofour also stated that he will visit Kennedy Agyapong with the aid of the Omanhene of Adom TV.

Reverend Obofour says he wants to meet Kennedy Agyapong in person so they have a talk.