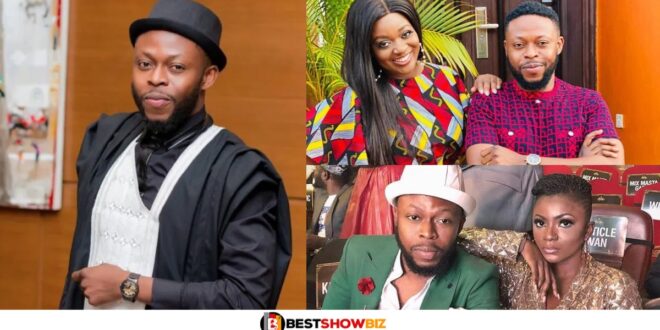 ‘I want to marry 16 celebrity ladies in Ghana”- Kalybos

Richard Kweku Asante, better known by his stage name Kalybos, is a comedian from Ghana. He has stated in interviews that he wishes he could marry one of the country’s famous people.

He has indicated that he would like to wed 16 famous people if he had the opportunity to do so.

During an interview that took place on the AngelDrive with Okyeame Quophi, the famous actor shared his thoughts on the topic.

He continued by saying that he had a strong desire to wed Gyakie.

“Given the chance, I would like to marry 16 celebrities… [but]If I get I would love to marry Gyakie,” he said.

Not only that, but Kalybos also disclosed that in his imagination he has been dating Yvonne Okoro, and he is quite excited to finally kiss her.