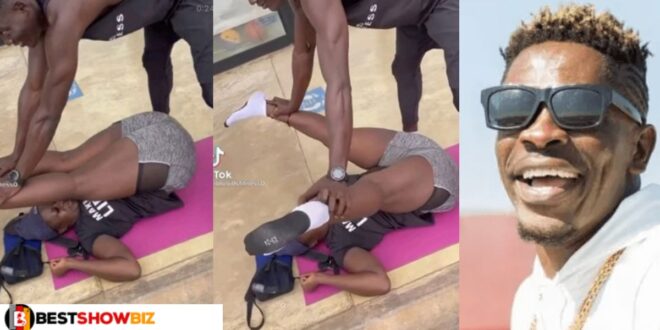 “I want to become a gym instructor”- Shatta Wale reveals he wants to enjoy women for free now.

Shatta Wale, a multi-talented musician, has announced his decision to leave music to pursue a career as a full-time gym instructor.

Following his most recent clash with the IGP during the celebs’ meeting with the police, the award-winning and controversial dancehall artiste made this statement on Facebook.

According to reports, during the meeting, Shatta Wale urged the IGP on behalf of all the country’s movie and music stars to allow them to enjoy their artistic life without being stressed.

According to the dancehall musician, some Ghanaians are still caught in the precolonial idea that a person’s looks determine his worth and character.

He said that certain police officers have this mindset, which needs to change because it stifles the inventiveness of performers.

Unfortunately, his plea fell on deaf ears as the IGP reiterated that the law will be applied without regard for fear or favor.

Apparently, troubled Shatta Wale will have more problems with the authorities from now on, therefore he has decided to give up music and become a full-time gym instructor in order to escape jail in the coming years.

“You is ok , I want to be a gym instructor so they can take the music“.