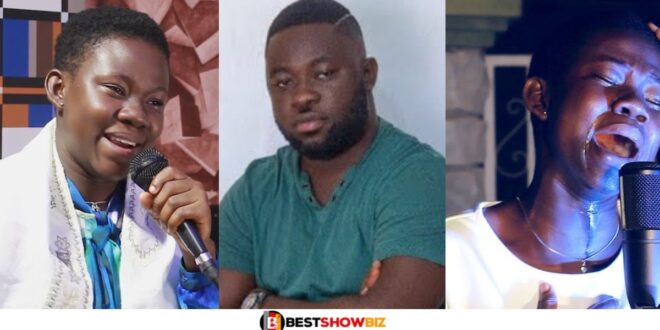 When popular gospel singer Odehyieba Priscilla was questioned about her father in an interview she granted Delay, it was a very emotional time.

When she thinks back on her childhood and the influence her father had on her, the young artist has been open about how terrible it has been for her in recent months.

Following her earlier admissions that she wanted her father back in her life, Odehyieba Priscilla was questioned about her knowledge of her father’s current whereabouts.

In response, she revealed that one of her siblings had informed her that he was in one of the towns in Kumasi.

She then had the chance to speak to her father during the Delay show because it was possible that he would see the interview.

Odehyieba Priscilla cried and asked her father to return to the family.

Even if their mother likely did something to him to cause him to leave their house, she emphasized that her father shouldn’t harbor resentment toward them as his children.