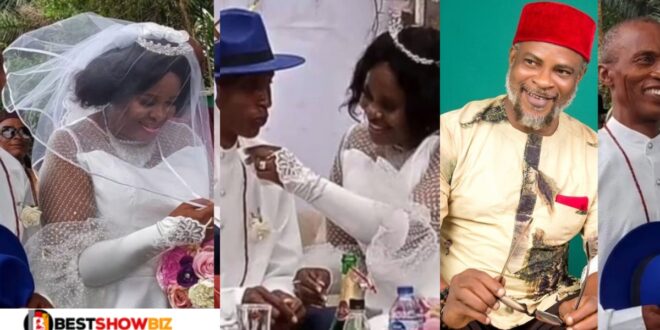 Erumena Amata, a 64-year-old Nigerian woman, and sister of Nollywood actor Fred Amata has finally married after waiting for the right man.

Erumena revealed how she remained chaste throughout her life while waiting for the perfect man in an interview with BBC Pidgin News.

God finally answered her prayers after 64 years by providing her with the man of her dreams, who is tall, handsome, and also older than her.

People told her that if a man came calling, he would be shorter in stature or 10 years older than her, which was against her spec in a man.

Her brother had taken to social media before the wedding to express his gratitude to God for finally allowing his sister to marry.

He voiced his delight after she made the announcement, adding that they were about to give up on her because she had waited so long for the right man.