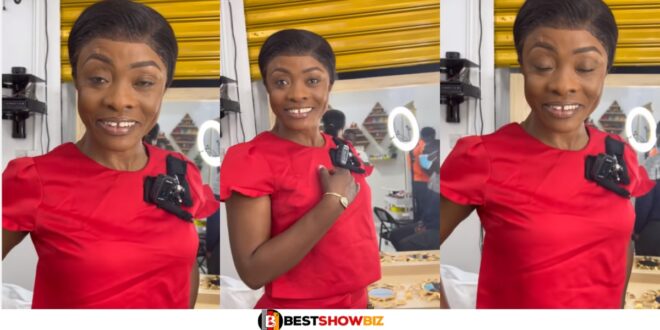 “I used to see ladies who do make-up as ‘Maame water’, but now I do it too” – Diana Asamoah

Evangelist Diana Asamoah, a Ghanaian gospel artist, has said that she used to think of women who wear a lot of make-up as ‘Maame water,’ or wicked.

This was revealed during an interview with Zion Felix on the Zion Felix Uncut show.

Maa Diana, as she is popularly known by admirers, said that she thought that way since she was still a baby in her spiritual life.

However, as she has developed in Christ, she is now seen wearing heavy make-up and wigs.

A development that has resulted in a lot of anger from Ghanaians in recent years.

“I used to regard ladies wearing make-up, wearing wigs, and not wearing a scarf on their heads as’ maame water ‘ (mermaids) or wicked. I didn’t want to go near them. But that has changed since I am no longer a baby in Christ, ” she explained.

“Some of our spiritual fathers didn’t support us,” Diana Asamoah continued. They made us judge and believe we were better based on appearances. I used to think that every tongue praying person was spiritual, but as I’ve grown in the Lord, I’ve realized that it’s all about what’s inside you, not how you seem. “