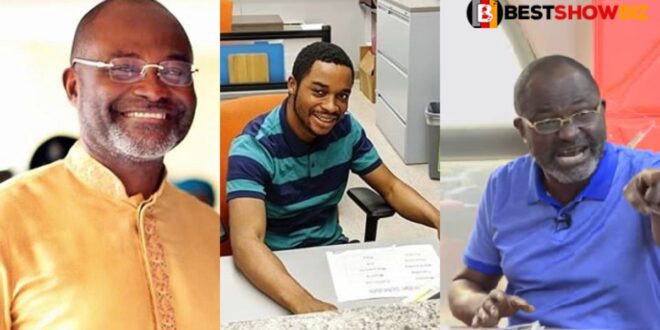 Politician Kennedy Agyapong has revealed on live TV that he supports what Twene Jonas is doing mainly becuase he talks about Galamsey.

According to the politician, Twene Jonas is sometimes bias when he speaks of how good living in America is, he said America has it’s bad side.

He mentioned that people beg before they eat in America and for that matter Twene Jonas should add that to his videos to make him complete.