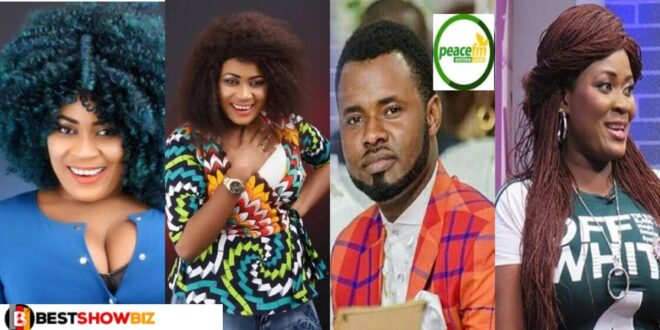 After her relationship with Ernest Opoku went sour, Nayas of Kumawood Films revealed that she abstained from anything s3x for 11 months.

She avoided anything s3x, in the words of the cantankerous actress, because she was afraid that her potential suitors would “exploit, mistreat, and misuse” her like Ernest Opoku Junior did.

The actress revealed these discoveries while giving a detailed account of her failed marriage to Nana Sarfo, who lives in Germany.

“After my relationship with Ernest Opoku ended, I was approached by a number of men, but I turned them down. For eleven months, I didn’t have any sex. It was suggested that I avoid guys. During that time, Maame Yeboah Asiedu advised that I keep away from men.

Read Also  "It is very Sinful for Your Partner to Moan During Sex, Take Them for Deliverance - Newly Wedded Man Claims

“I went 11 months without having sex.” I am a human being with emotions; it wasn’t easy, but I persevered. Until I met this man, I kept myself to myself. “I chose him because I believe he has more to offer,” she explained.

For further information, see the video below: