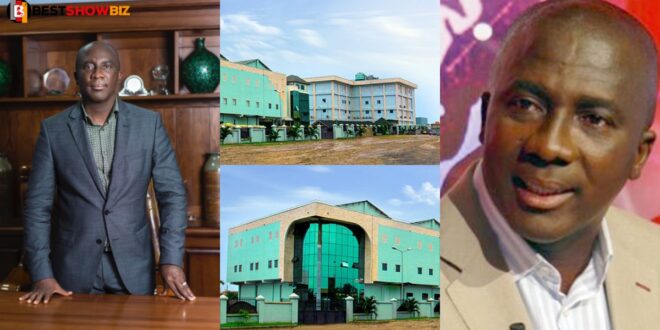 Mr Samuel Amo Tobbin, the CEO of Tobinco Pharmacy, has shared his rags-to-riches narrative with the general public, claiming that he began one of Ghana’s largest pharmaceutical enterprises with just one cedi.

Mr Samuel said he was introduced to drug selling by a Muslim man he met along the line in 1984, when he was barely 20 years old, while detailing his lowly origins.

He went on to say that it was his Muslim friend who provided him the one cedi he needed to start his business.

During his interview with Zionfelix, he also revealed that he was born into a poor family of 11 and that, due to his family’s financial predicament, he hawked on the streets to pay for his school fees and sustain himself.

Many Ghanaians have slammed his tale as a hoax, claiming that no firm can survive on a cedi budget.