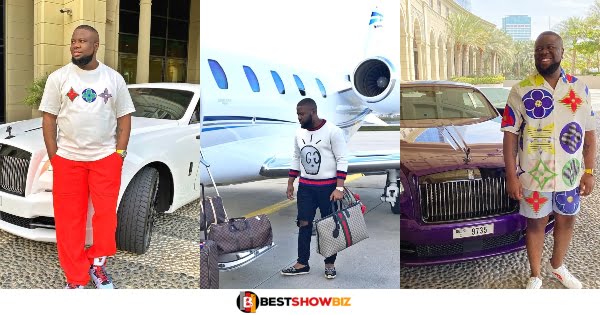 Ramon Abbas, a well-known fraudster, has claimed that the only money he earned from his criminal career was $300,000.

Nearly two years have passed as Hushpuppi has been detained in a US jail while awaiting sentencing. The FBI detained him for scamming over 2 million people, including state institutions.

Hushpuppi appealed to Judge Otis D. Wright in an effort to get his jail time reduced, alleging that rather than making money as a fraudster in the criminal world, he actually made his money by selling shoes out of the trunk of his car.

In a letter written by hand to Mr. Wright and sent to the United States District Court for the Central District of California on Friday, Mr. Abbas talked about his humble beginnings as a salesman.

“I started the business over 25 years ago, trading and selling sneakers and clothing in our then neighborhood, and went from selling clothes out of my car trunk to owning my own boutique across my city and beyond under my company, MONEABBAS NIG LTD,” Mr. Abbas wrote.