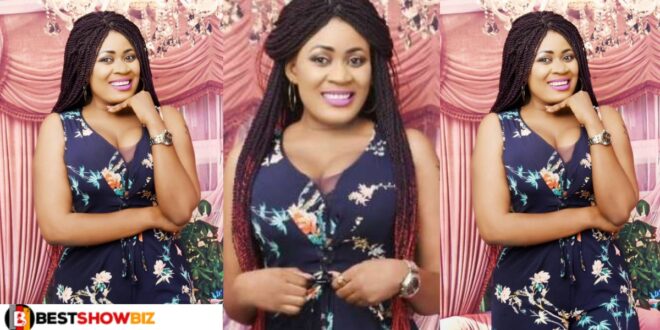 Nayas, an actress and producer, is still open about her marriage to German ‘borga’ Nana Sarfo, which has either ended or is on the verge of ending.

Gladys Mensah Boaku, Naya’s real name, revealed in a new interview that her husband did not pay for her visa and travel to join him in Germany.

During the interview, she stated unequivocally that following the proper procedure for obtaining a family reunion visa would entail enrolling in German classes for a year in order to pass the A1 German language course.

But, because she didn’t want to sit and wait for a year, her husband proposed a plan in which she would obtain a visa through a connection man.

She went on to say that her husband, rather than paying for the connection man to assist with the visa, went a step further and demanded that she sell her car and other possessions in order to raise the funds.

Nayas explained that she was initially opposed to selling her belongings to pay for her visa, but her mother, media personality Maame Yeboah Asiedu, persuaded her.

After she was persuaded, she had to sell her Kia Sportage car and a camera to pay for her visa.