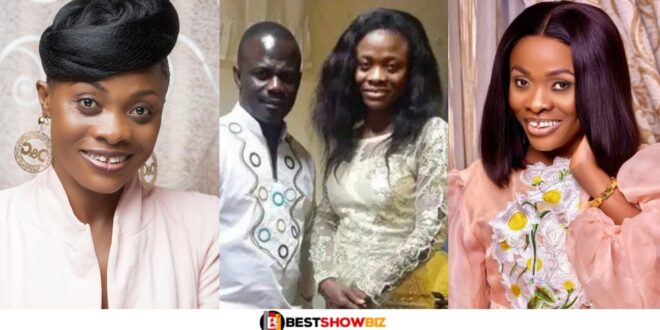 “I slept in the same house with Diana Asamoah for 14 years, we never had s3x”- Frimprince

According to Emmanuel Anane Frimpong (Frimprince), he was aware of the rumors that he was dating Diana Asamoah but chose not to be unhappy because it was expected.

He claimed that such stories were supported by certain people, but after working for more than twenty years, he was more interested in carrying out God’s plan than in debating claims made by those whose goal was to create distractions.

“I heard a lot but that’s just one of those things,” he remarked on Angel FM while batting down the report. “Hearsays should never discourage you from undertaking what God has ordered you to perform. I don’t pay heed to such falsehood.”

His petition said that Frimprince had lived with her for a long time, even though he had just broken the contract with the gospel musician.

“I remained in my home with Evangelist Diana Asamoah, alongside my wife and children for 14 years,” Frimprince confessed.

After 22 years of doing business together, Frimprince and Diana Asamoah’s partnership came to an abrupt end on August 4, 2022, when the former terminated the agreement.

Although he has stayed mum about the reasoning behind the action, he has accused the artist of a number of things, including the way she dresses, which has drawn unwarranted attention and ultimately hurt his business.

Watch the complete interview below.