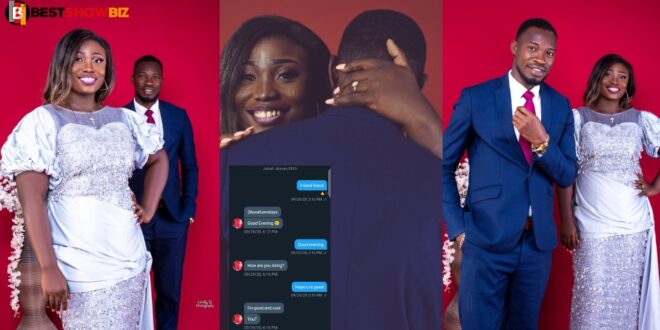 “I sent him a message in his DM, now we are happily married”- Lady shares screenshots of how she sent her husband message on social media

A Nigerian woman who bravely aimed her shot at a random individual she met on Twitter (given how conservative Africans are and how difficult it is for women to approach men for the first time) is poised to marry him very soon.

They usually bicker on Twitter, according to the young woman who goes by the handle @Yourondogirl, but that didn’t stop her from sneaking into his DM.

She provided pre-wedding images as well as screenshots of their communication from when she initially approached him on Twitter, in a typical scenario of how it all began and progressed.

“It all started with DM.”

Before we became friends, we disagreed on posts and comments without insulting each other, but we never built enmity or enemies,” the lady captioned their photo.

See the photo below.