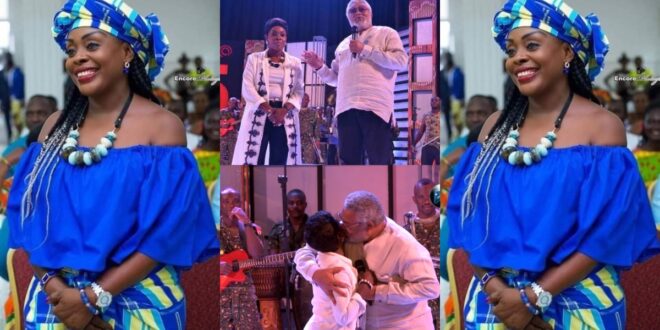 Highlife musician Akosuah Agyapong has revealed that she is so sad after she failed to heed the advice that the late JJ Rawlings gave to her.

According to her in an interview with svtv, she uses to hold a concert for highlife every 5 years, during one of these concerts, the late former president was the special guest.

He came up on stage and gave her praises, the former president also pleaded with Akosua to schedule the concert yearly so that Ghanaians will remember the taste of highlife.