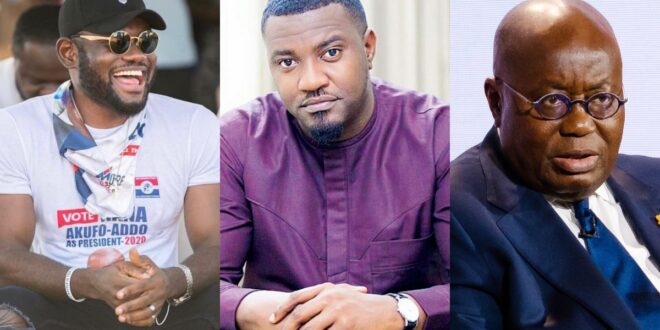 Prior to the 2020 election, actor Prince David Osei claimed that he and his colleagues betrayed John Dumelo and lobbied for Akufo-Addo.

Instead of their colleague actor John Dumelo, who was running for the Ayawaso Wuogon Constituency, Prince David Osei was one of the few celebrities who stood up and shouted loudly for the New Patriotic Party.

He argues that it is his business, so he sees no problem lobbying against his colleague.

In a recent video, he said that he regretted campaigning for the NPP after members of the party chastised him for protesting the government’s decision to tax Ghanaians who benefited from free clean water and electricity during the lockdown.