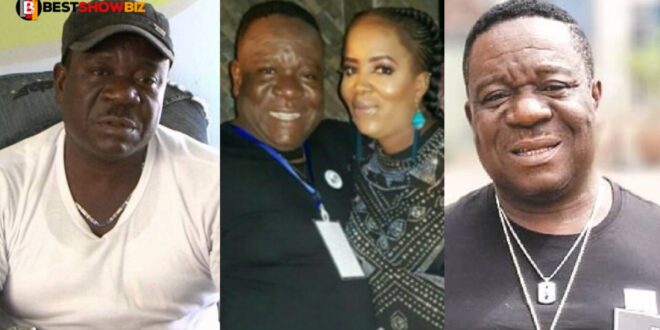 “I prayed to God not to let my children look like me” – Mr. Ibu reveals

Mr. Ibu, born John Okafor, a renowned Nollywood comedy actor, has said that when his wife got pregnant with their first kid, he begged God not to make his children look like him.

According to Mr. Ibu, he prayed to God not to make any of his children look like him, but rather like their mother.

Speaking in an interview with The Punch, the comic actor stated that when he made the request, people laughed at him and wondered why he would make such a plea to God.

Mr. Ibu answered that he is not a good-looking man, as many people have said, and that he does not want his children to look like him.

Mr. Ibu, on the other hand, said that he does not punish his children when they do anything wrong, but rather chastises them.