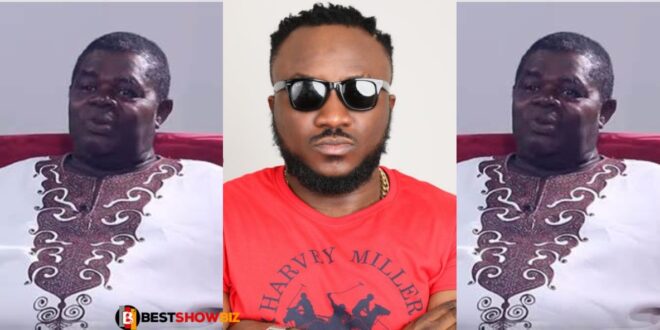 Actor Psalm Adjetefio has retaliated against comedian Derrick Kobina Bonney (DKB) for calling him an embarrassment for begging.

T.T. from the movie “Taxi Driver” advised the comic to keep his counsel and ideas to himself and not to bring up the subject again.

He advised DKB to stop saying silly things since he has no idea the trials and tribulations he has gone through to get to this place in his life.

The legendary actor has grabbed the headlines in recent days after stepping out to plead to Ghanaians for assistance in paying his rent.

He also received a GHc60,000 incentive from the Greater Accra Regional Minister, as well as a promise from Rev. Obofour to build him a house.

After seeing all of this, DKB records a video in which he calls Psalm Adjetefio an “embarrassment” for working for nearly four decades and having nothing to show for it.

He believes that all of the begging is humiliating to the creative arts community and casts them in a negative light.

Below is Psalm Adjeteyfio’s response to DKB.