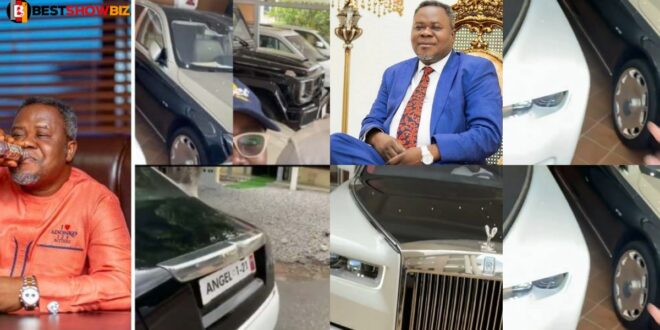 “I pray for 3 hours non-stop every day, that’s my secret”- Dr. Kwaku Oteng reveals the source of his wealth

Dr. Kwaku Oteng, the creator of Angel Groups Of Companies, has revealed one of his keys to success, which has now become his philosophy and has helped him win numerous battles as a business magnate.

He has stated that God has been his most steadfast supporter since he began his business pursuits, and that he has been successful because he does not play with his prayers.

He stated that, despite the fact that he has many wives, God views him in a different way and that he seeks enlightenment from God every day with three hours of nonstop prayers.

In an interview with Vaultz Magazine, he stated that when you have God, you can do anything.

He underlined that when he goes on his knees to pray for three hours nonstop, God guides him through all of his actions, and that God also discloses to him through dreams and visions.