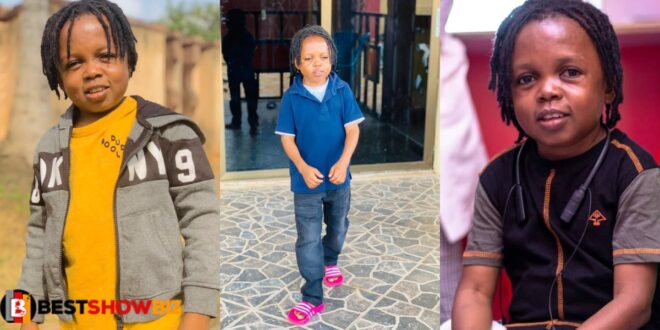 Don Little, a diminutive actor, is enjoying the groupies as much as any other celebrity.

During an interview with Delay, the small actor confirmed this, as well as bragging about his performance in bed.

Delay questioned the actor if women bothered him, and he replied that they bothered him practically everywhere, including on Instagram, where he meets up with them.

When asked if he sends them home, he responds that he does not because people chat late, so he sends them to guest houses to do their thing.

He also claimed that he performs well in bed, but that he is unconcerned about the girl’s satisfaction because he is the one who is required at the time.