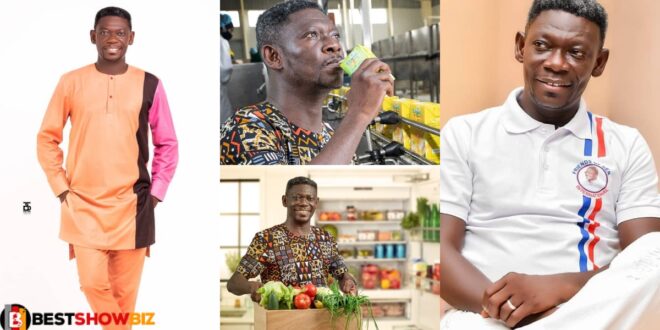 In response to accusations that he has recommended Ghanaian parents to send their children abroad for safety, Ghanaian actor and entertainer Agya Koo has issued a public statement.

According to a recent article, the actor was reported as saying that Ghana is no longer a safe place as it once was.

“At the moment, the majority of parents in this country are uncomfortable even when their children are out playing because they are concerned that something might happen to their children. If you are a parent and you believe you have what it takes, I strongly advise you to send your children to America or other safer nations. “There is too much killing and kidnapping in this country,” he was reported to have declared at the time.

In a video response to this, the well-known actor expressed his displeasure with those who attempt to malign others.

The fact that someone is attempting to destroy your reputation is painful; the fact that they can accomplish it in a single day can be devastating. Unfounded accusations of something I didn’t say are being made by various social media networks against me. In truth, I’ve never been able to say that. They assert that I have sent a stern warning to parents who wish to send their children overseas. Those who were disseminating the news did not contact me to verify the report.

Because they couldn’t even give a recording of my voice or a video of me saying that, we know that I never said anything. For the simple reason that I am well-known and close to the NPP, they are attempting to discredit the party. I want to assure them that this will not bring the party into disrepute,” he explained.

Despite this, Agya Koo has stated that he remains a member of the New Patriotic Party (NPP) and the Nana Addo administration.

He also advised the general public to disregard the earlier news.