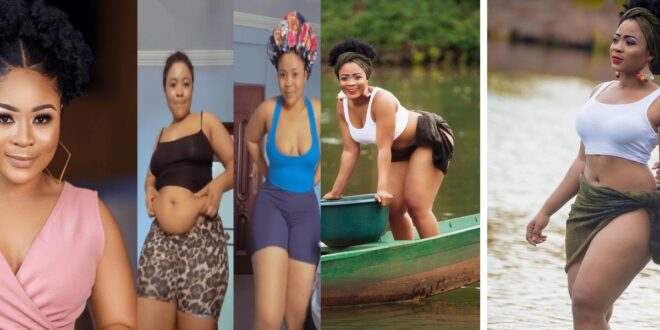 “I need a sugar daddy. Now I have done my body and look attractive “- Kisa Gbekle (video)

It has been confirmed by actress Kisa Gbekle after it was rumored that she has undergone an $8,000 (GHS 60,000) boob job.

Speaking with blogger Zionfelix, the actress didn’t trash the rumors but went ahead and revealed why she choose no other place than Turkey for her surgery.

Following a successful body enhancement procedure, the actress has said she may accept a ‘Papa No’ if one comes her way.

Kisa Gbekle said she wanted a ‘Papa No’ who is cool, calm, collected as well as someone who has a lot of financial clouts. She went on to say that the age gap won’t be an issue.

watch the full video below: