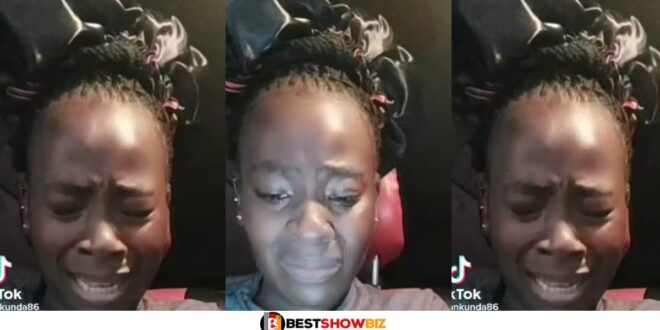 AuntKaduuka Clowie, a NUP supporter and motivational speaker, is in tears after her online followers snatched her man after she accidentally shared his phone number.

AuntKaduuka, who is known for assisting Ugandans in establishing small-scale businesses, shared her guy’s phone number in one of her live Facebook broadcasts, unaware that social media is rife with single ladies.

The online slayers began bombarding him with calls and messages, eventually snatching him.

AuntKaduuka went on Facebook Live and shed crocodile tears after realizing her followers had done her an injustice by sharing her man’s number.

Some of her followers advised her to bewitch him, while others chastised her for making a blunder by disclosing the guy’s phone number.

AuntKaduuka used to be vocal in her criticism of the government, but after being apprehended by security operatives and detained for several days, she has quieted down.

Read Also  (Video) For 15 Years Now, My Husband Has Been Sleeping With My Mother - Woman Cries Out
Share