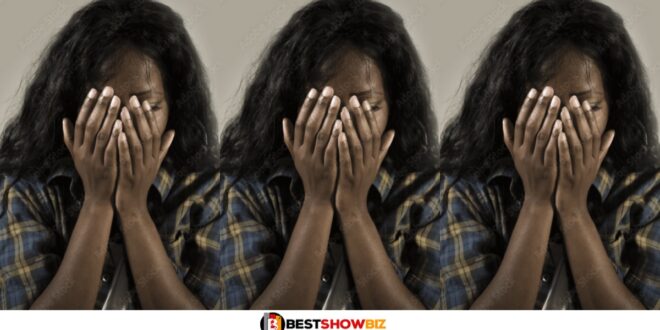 A Nigerian lady has confessed that she was motivated to kill his father because of the man she was dating at the time.

In an anonymous post viewed by Club Mate, she claimed that the incident occurred in 2017.

The lady explained that on the day in question, she and her boyfriend had intended to spend the night together but she knew her father would not allow it.

She drugged her father at night so he’d sleep through until she returned in the morning. As a result of giving her father an overdose of medicine, she returned home to a tragic scene when she woke up.

Read Also  "I Seriously Need A Date, All The Bills On Me" - Beautiful Twitter Lady Announces (Photos)

She claimed she would never be able to forgive herself for killing her father accidentally.

“I regret giving my dad sleeping pills In 2017 just to see a guy I was so in love with. Returned the next day to see my dad laying lifeless. It’s a secret I’ll take to my grave and I’ll never forgive myself for it I never meant to kill him. I didn’t mean to give him an overdose”

Read Also  Ahoufe Patri accused of doing surgery after she grew thick in all the right places.