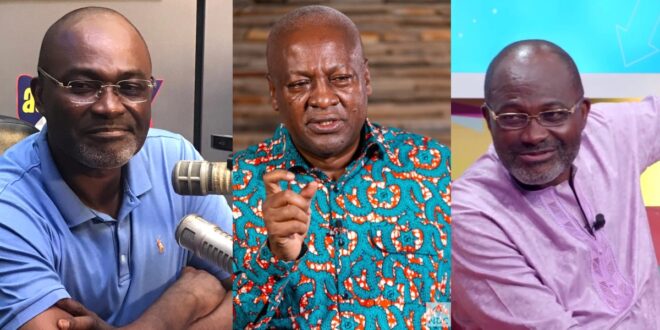 Kennedy Agyapong, an Assin Central MP, has claimed that if the opposition NDC party returns to power, he will be the first to suffer casualties.

His remark follows several events at the National Lottery Authority, which he claims could have an effect on the ruling New Patriotic Party’s fortunes (NPP).

According to him, people who have never worked for the NPP have risen to positions of power and are making decisions that might destabilize the party, which he will not enable.

“Some of us really worked hard to ensure victory for the party in last year’s elections, it was not a joke,” he was quoted by 3news.

“I will be the first casualty if the NPP goes into opposition so we won’t allow anybody to disturb the party,” he added.