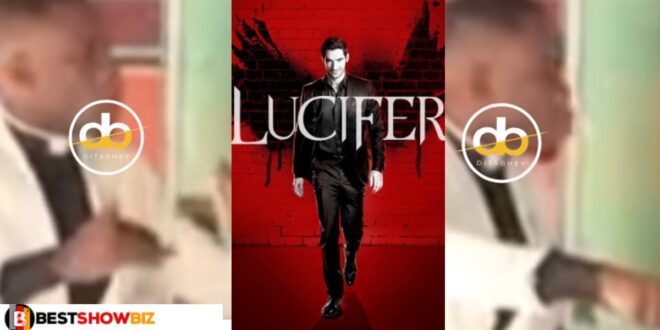 ‘I met satan one on one, he is the most handsome person I have ever seen’- Prophet makes revelation

A Ghanaian prophet claims to have seen Satan one-on-one and revealed some startling information about him.

In an Instagram video, the so-called man of God stated that he recently met the worst antagonist of Christianity, who appears to be quite attractive. In his narration, he stated that no one on Earth is more attractive than Satan.

He went on to say that Satan is a young man between the ages of 20 and 30. He also implied that he is a black man, as evidenced by the description he gave of his mustache and hair type.

The Devil, often known as Satan, is best known as the personification of evil and the nemesis of all good people.

His appearance and stories have evolved over time, and the Devil has been known by a variety of names in many cultures:

To mention a few, there’s Beelzebub, Lucifer, Satan, and Mephistopheles, all of whom have horns and hooved feet.

However, this wicked being—and his legion of demons—continue to frighten people from all walks of life (History).