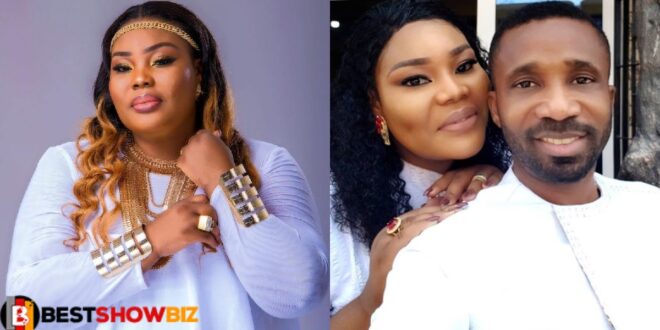 Ceccy Twum, a Ghanaian gospel artist, has claimed that she married at a young age, which has caused her to doubt herself frequently.

In an interview with Quophi Okyeame on Angel Fm, the highly gifted artist revealed that her decision to marry at the age of 19 still amazes her imagination.

“I married so early, i got married at the age of 19 and at the a stage of my life, i felt i had rushed into the marriage because I started thinking i needed to explore more before marriage.”