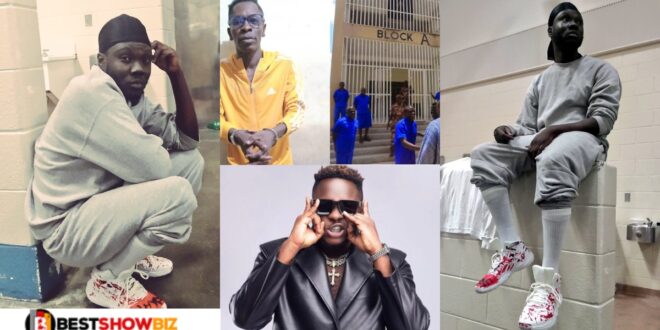 Showboy, an incarcerated Ghanaian entertainer, has slammed Ghanaian artists Shatta Wale and Medikal after they were both remanded into police jail for separate offenses.

According to him, he has turned jail life into a major flex, which has piqued the interest of other celebrities who want to have their own experiences.

That is how Showbioy opted to “rejoice” over the legal blows inflicted to Medikal and Shatta Wale in the last week, with the two being detained in police detention for 5 and 7 days, respectively.

Showboy is a Ghanaian inmate in the United States who was sentenced to six years in prison for murder by stabbing. Regardless of how dreary and uncomfortable the frigid jail walls are, Showboy feels Shatta Wale and Medikal just want to feel.