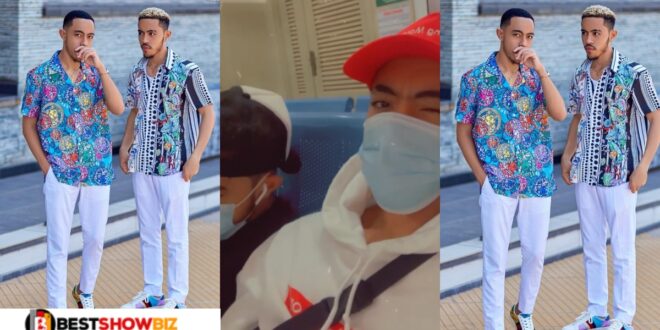 Twins have a special bond in which they treat each other as they would treat themselves.

James and John, the twins of Afia Schwarzenegger, were caught on camera expressing their undying love for one another. In a video, the brothers can be seen spending quality time together.

Despite the fact that the two gentlemen said nothing in the video and just stared at the camera, it is clear that they enjoy each other’s company.

When James shared the video, he became more animated, which inspired his brother to do the same.

In response, John stated that he loves him, which made fans tear up at the sight of such a wonderful gesture.