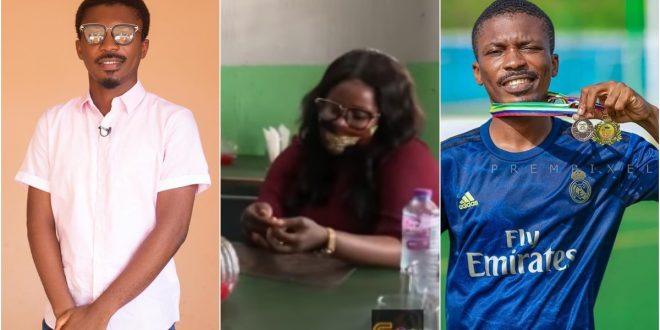 “I love Clemento Suarez because he is a fool”- Girlfriend discloses

Clemento Suarez have been the name on almost all the lips of Ghanaians if you tell them to mention household names in Comedy.

The sensational comedian recently won an EMY award for his efforts.

His girlfriend, who is called Slyvia has revealed in an interview with SammyKay Media why she loves Clemento so much.

According to her, she has no problem with people calling her husband to be a fool because it comes with the line of work he has chosen.

She revealed that Suarez makes her laugh most of the time and that is the main reason she has fallen so inlove with him.

Watch the full interview below.