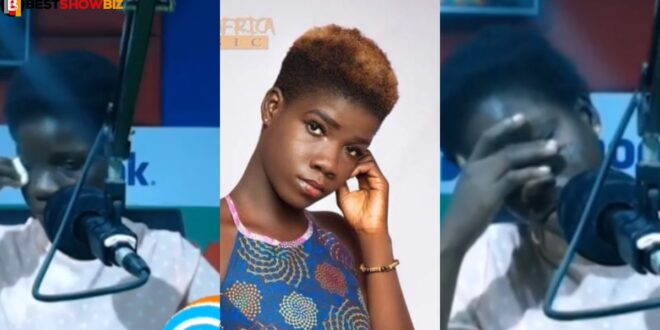 “I lost my v!rginity at age 16 when a friend sold me to be [email protected] by two men”- Dhat Gyal (video)

Ernestina Afari, aka Dhat Gyal, revealed she was sexually molested by various men.
In 2016, her buddy invited her to a friend’s house in Mile 7, Accra.

When they arrived, there were three guys drinking and having fun.

A few minutes into the pleasure, the buddy who accompanied her informed her she was leaving because her child was wailing at home.

Insisting that the guys aren’t awful, she persuaded her pal to stay.

So she was alone and one of the males approached her and started seducing her, which she stopped.

Then he informed her that her friend had stolen money from them by agreeing to bring her for s*x.

One of the guys departed, and the two abused her sexually.

So she lost her virginity. 16 years old

The next day she went to her friend’s house and her aunty informed her she was no longer staying with her.