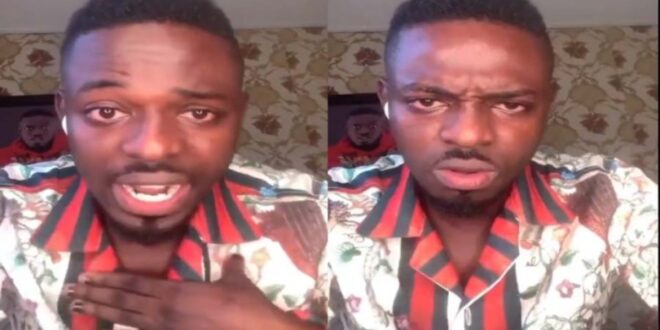 “I lost my brother to money ritual”- Comedia warris recounts the sad secret of his life.

Abdul Waris Umaru, also known as Comedian Waris, a prominent Ghanaian comedian, has finally disclosed why he is so upset about the ongoing investigation into the murder of a 10-year-old boy in Kasoa.

According to a video spotted on social media by bestshowbiz.com, the comedian’s family was a victim of a money ritual in Ghana.

He announced that money practices were performed on his own brother.

Despite the fact that tears prevented the comedian from sharing his deepest secret with the world, he said more than enough while lecturing the chairman of the National Media Commission about his recent remarks.

The two people implicated in the murder of a ten-year-old followed the orders of a spiritualist they witnessed on TV, according to the Chairman of the Commission, who was responding to the police investigative paper.

As a result, comedian Waris has urged the chairman of the commission to talk with intelligence rather than behaving insane on television.

In response to the police comment, the NMC Chairperson said in an interview, “To put it on a charge sheet that this is the reason why they did that, I think that this is a very lazy investigation.”

As a result, comedian Waris has urged the chairman of the commission to talk with intelligence rather than behaving insane on television.