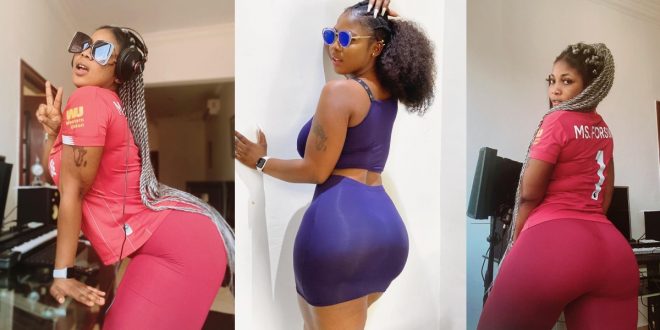 “I left my husband because of Music, now I have regretted”- Ms. Forson

Upcoming Ghanaian songstress by the name Ms. Forson has finally opened up on matters that resulted in her failed marriage and also her music career.

Ms. Forson was granted an interview on Zylofon TV to account for her music career so far. She revealed that she is so far doing well with her career and also added that her ex-husband wanted to support her in her career.

This triggered the host to ask her why she divorced if her husband was ever-ready to support. According to Ms. Forson, she chose her music career over her marriage because of the lies she was told that her marriage was going to be an obstacle as a musician.

“I  loved my husband with all my heart and he understood me and was ready to support me when I told him about my music career”. said, Ms. Forson

“I was not forced to marry my ex-husband. We were in love and that was why we got married.”