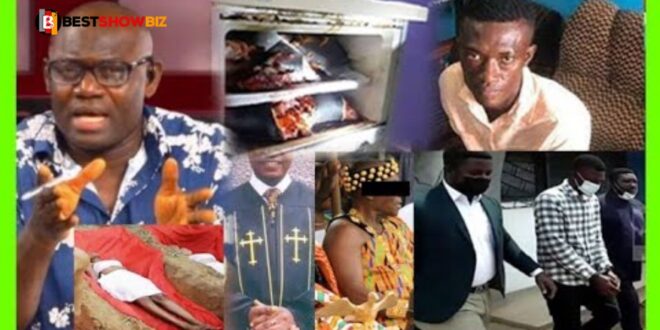 “I know some politicians and chiefs who buy body parts from abesim k!ller”- Kweku Annan

Net 2 Television’s Justice Kweku Annan has made a startling comment about the Abesim Murder.

Hon. Kennedy Agyapong’s sidekick claims to know for a certain that the Abesim Killer, Richard Appiah, conducts his human parts harvesting business with some powerful individuals in Ghana.

He went on to say that some preachers, including some Ghanaian traditional rulers, buy human parts for ritual purposes.