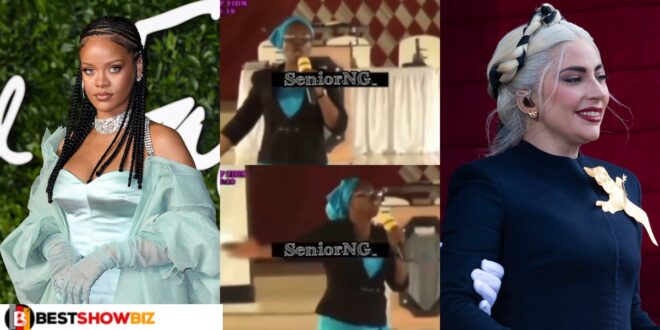 “I know Satan personally, he is married to Rihanna and lady Gaga”- Female pastor reveals (video)

A Nigerian female preacher has said that Lucifer adored รєא, while also revealing that he is married to music idols Rihanna and Lady Gaga, among other celebrities.

Among other things, the unidentified pastor stated, Lucifer is obsessed with รєא and that’s what he spends his entire day doing in addition to manipulating his evil strings.

Using Rihanna’s ‘Umbrella’ song as an example, she attempted to prove her conspiracy theory by claiming that Lucifer’s passion with รєא is depicted in the song and that he is married to the multi-award-winning singer.