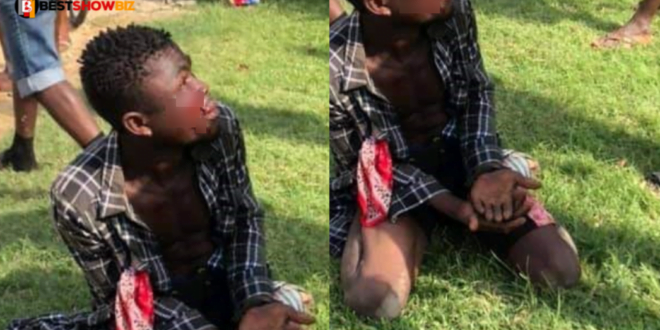 A skilled criminal from Nima took robbery to a new level by defending his Ghanaian and human rights.

The courage to do this is rare.

Some have been through traumatic events that have made them robbers and resistant to cops. A Nima burglar who was recently arrested for trying to steal a motorcycle from a rider defended himself.

The Nima police station is one of the areas where robbers congregate due to persistent and risky community activities.

The robber, whose name is unknown since witnesses say they had not seen him around like other robbers, was brave.