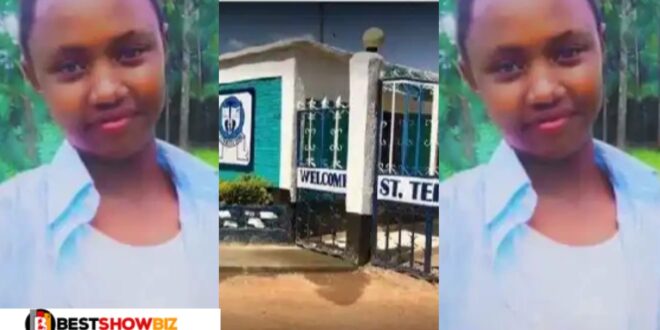 ‘I know I will d!e’ – Beautiful Girl’s last words before dying in school

A tragic death has been reported of a young girl who died in her room for unknown reasons.

This young lady, according to Kenyan.co.ke, wrote her own eulogy detailing the hardships she faced at the hands of her school’s administrators and nurses.

Her headaches were getting worse, so she went to the school nurse for the second time in as many weeks.

According to the student, the nurse told her to cover herself with blankets and then ask other students to do the same for her head with wet towels.

She expressed her dissatisfaction with the fact that no one seemed to care about her health and that she was giving up hope.

‘I know I am going to die in my room,’ she admitted. These were the girl’s final words in her last letter.

Before she died, she was rushed to a nearby hospital by school officials, who paid the mortuary attendants to give a different version of events.

Her parents are now demanding justice and claim their daughter was mistreated after she died at the hands of her own teachers and nurses, who knew she needed treatment.