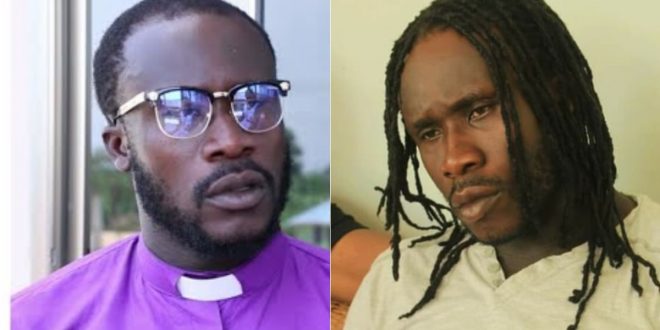 Kumawood actor, Akwesi Antwi popularly known as Ras Nene has revealed to Ghanaians all his evil doing that he found himself in before he got saved by his acting career.

In an interview he had with colleague Kwaku Manu, he revealed how he became accustomed to the things and practices that are evil at avery tender age.

“I worked for Satan for many years, no pay, no gain,” he said.

According to Ras Nene, he used to sell marijuana and cocaine at Tafo, a suburb of Kumasi in the Ashanti Region for many years without being caught by the police because Satan gave him protection.

He added that he some times smoke weed in the presence of the police but was never arrested because Satan blindfolded them spiritually.

“I was a suspected criminal but the police did not have any evidence to arrest me. When they did, Satan told me what to say and I was set free,” Ras Nene said.

Ras Nene said revealed that he got to change from all of these evil act when he got the chance to enter into acting and since then he has never turned to such acts again.

He has embarked on a campaign to educate the youth in the Kumasi metropolis to desist from drug and its abuse.