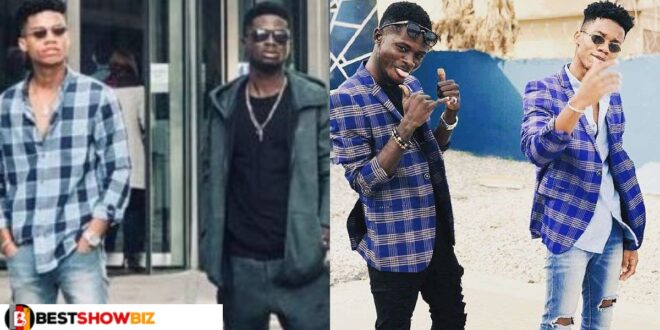 KiDi, has been advised by Ghanaian singer Eugene Marfo, best known by his stage name Kuami Eugene, to stop responding to inquiries about him and his songs.

Kuami Eugene claims that whenever KiDi attempts to respond to inquiries about him in interviews, Ghanaians misquote him, giving the impression that the two have a tense relationship.

Kuami Eugene claims that he does not speak about KiDi in the same way that he do, and that he is relieved that KiDi has finally recognized that he should not.

He went on to say that KiDi should have known that whatever you say in Ghana can be misconstrued and that it’s not too late for him to learn his lesson.

Read Also  See how Serwaa Amihere, Nana Aba And Bridget Otoo roasted Twitter user who always insult them after he came to them for a job

“I don’t talk about KiDi; I’m the one who is talking about it. I don’t discuss about other people’s personal lives. As a result, I’m relieved that he now understands that our folks enjoy misquoting others. “He should have realized a long time ago that your ‘A’ can be twisted to appear like a ‘B,’” he said

he told KiDi to focus on himself. If someone has a question about him, he will direct them to Kidi.