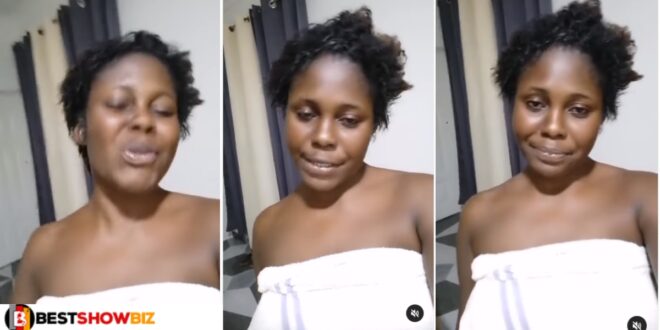 A lady whose identity is yet to be made known has come out to reveal that she has the sweetest pu$$y in the world and she is very proud of it.

The lady who took to social media to make the revelation stated that she threw a challenge to all the guys out there to come to prove who can f#ck her till her vjayjay tears and she got one guy.

According to her, the guy after doing all the tests needed ended up in the room with her and to her surprise, the young man started screaming and shouting as he revealed that her pu$$y is the sweetest in the world.

Read Also  I Came Back To Ghana With Only GHS1.50p To Start Life – Sam George Recounts His Sad Story

She added that the sweetness of her private part was the reason the man could not last as long as he claimed.