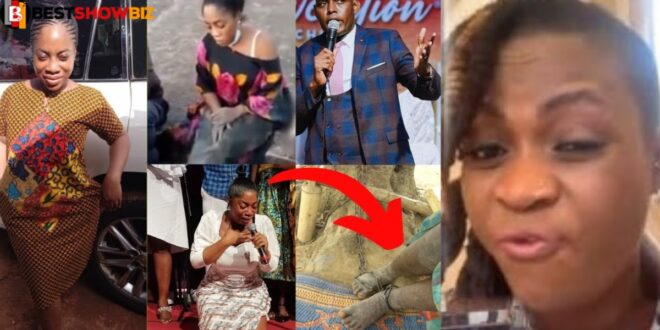 Ayisha Modi has returned to social media to do what she does best: shake tables and make outrageous claims.

Ayisha has retaliated with “more fire” in response to a recent article released by nameless Ghanaian blogger ThoseCalledCelebs claiming she’s trying everything she can to make Moesha like her and chase clout.

Ayisha said in a leaked WhatsApp conversation that she spent $170,000 on Moesha despite never meeting her in person when her problems began.

Ayisha utilized Instagram Live to share what she’s done for Moesha in a way that silenced her detractors who accused her of wanting attention.

Even more alarming is the fact that she claims to be a full-time witch capable of annihilating anyone who crosses her in the spiritual realm.

As a result, Ayisha advised blogger ThoseCalledCelebs not to meddle in her affairs should she become a victim of her witchcraft.

More information can be found in the video below.