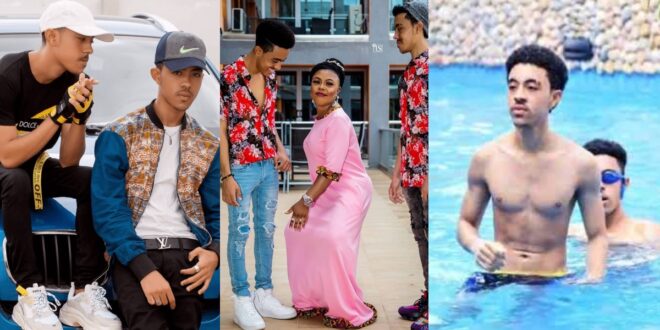 Afia Schwarzenegger, a controversial tv figure and mother of twins, has announced unequivocally that she has dismissed all girls in the area of her sons and will continue to do so.

After a video of her son asking Naa Koshie to come back on her birthday surfaced, the comedian made this remark. Any parent with a daughter, according to Afia, should call them to order because she wants her sons to focus on their future rather than on children.

Remember Afia Schwarzenegger’s son begging the lady his mother claims to have broken up with for a comeback in a crazy bedroom video? Afia soon posted a Whatsapp conversation between herself and her son, in which he was seen telling her that the video was old.

Since then, Afia has been ranting and defending her son at any opportunity.