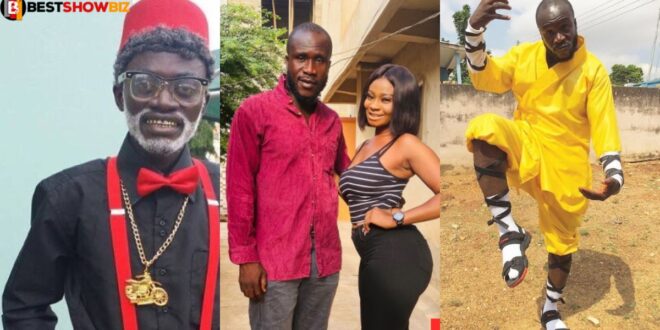 Dr. Likee, a well-known Kumawood entertainer and YouTuber, has brazenly denied allegations that he was having problems with his colleague performer Kwadwo Nkansah, better known as Lilwin, in a recent video.

Online media spread rumors that the two celebrities were feuding after they met at an event and refused to speak to one another, creating the impression that they were out of the ordinary amongst the entertainment community as a result.

All things considered, Dr. Likee has revealed that he generally approves of Lilwin and that the two of them are really nice together. As he suggested, Lilwin extended a warm welcome to everyone in the room, including himself.

Look no farther than the video below to get the whole picture;