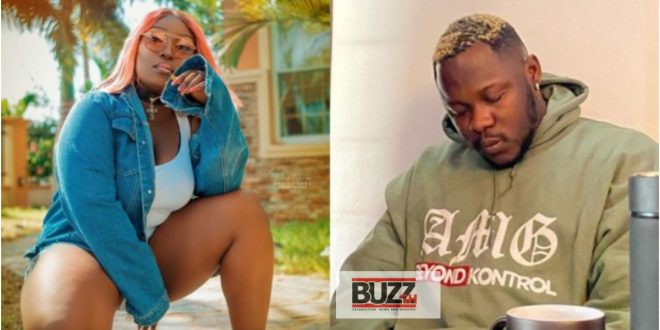 AMG rapper Medikal has disclosed that he has no regret for saying female rapper Eno Barony looks like a corpse.

according to Medikal, he will never apologies to Eno for what he said because whatever he said was out of his feeling and has no regret about that.

in a short recall, Medikal in a reaction to Eno Barony on her diss song to Sista Afia which saw some punches directed him described Eno as someone who looks like a corpse.

well, Medikal who appeared on Hitz FM when asked if he has regrets of call Eno a corpse said;

“I don’t regret doing a song with Eno Barony back then, I live my life with no regrets. I said what I said that she looks like a corpse because I was in my feelings. I don’t have anything to apologize for”.