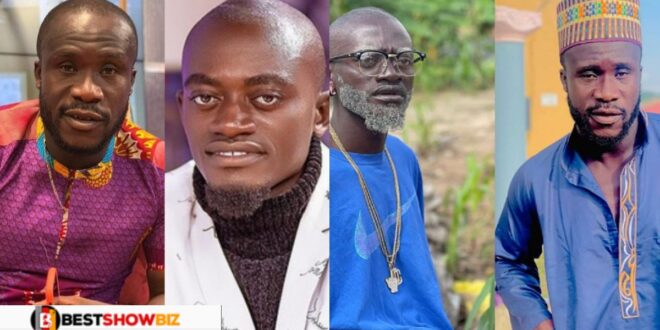 “I have no problem with Dr. likee, we will be in a movie together soon”- lil win (video)

There have been allegations that Kumawood actors Kwadwo Nkansah Lilwin and Dr. Likee aka Ras Nene are not on speaking terms and are engaged in a battle about who is the best actor right now in the industry.

The speculations gained momentum when the two stars decided to keep their distance when they met at an event in Kumasi, where a large number of people were keeping an eye on them.

In a surprising change of events, Kwadwo Nkansah Lilwin has come forth to openly claim that he has no disagreements with Dr. Likee and that he has never had any problems with him.

According to Lilwin, who appeared on UTV’s United Showbiz show on Saturday night, it was unnecessary to have a disagreement with Dr. Likee because of who is better in the sector at a time when the participants in the field are so grossly incompetent.

Furthermore, he revealed that there is a plan to cast Dr. Likee in one of his future plays in the near future.