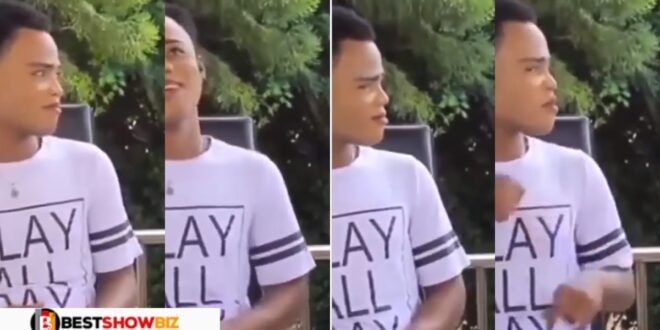 “I have no feelings for women, i feel for only men, i take good care of myself”- [email protected] man explains what happens in the bedroom (video)

Despite measures to curtail their activities, such as the new anti-LGBTQ+ legislation proposed to parliament, this young man who claims to be gay has made some curious remarks concerning homosexual practices.

The light-skinned man prefers to sleep with a man over a woman since there is nothing about a woman’s physical body that entices him.

He goes on to explain in a video that he receives the most sexual satisfaction from making love to a guy in the same proportion that homosexuals do.

In response to whether he uses the pad as spurious myths about being homosexual, the guy stated no but noted that some of his coworkers who do not take care of themselves use that option.